Bagua Zhang - Master Hong Yi Xiang
Posted by Owen_Schilling at 5:20 AM No comments:

Xingyi Tiger form and selected applications - Mike Patterson
Posted by Owen_Schilling at 6:02 AM No comments: 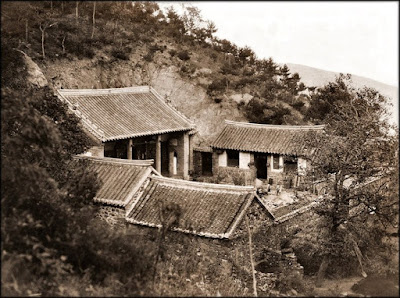 Master of the Shadowless Kick: Wong Kei-Ying on HBO

Master of the Shadowless Kick: Wong Kei-Ying on HBO
Posted by Owen_Schilling at 4:50 AM No comments: 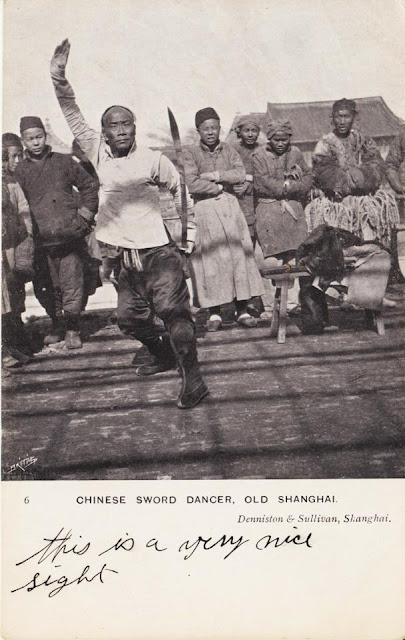 Chinese Sword Dancer
Posted by Owen_Schilling at 5:08 AM No comments:

Beginning and Ongoing classes in Gao Style Bagua Zhang here in Boulder, Colorado. Focusing on teaching a method for self cultivation, lasting health and personal transformation. This is my lineage and what i teach at Boulder Internal Arts
Posted by Owen_Schilling at 3:49 AM No comments: 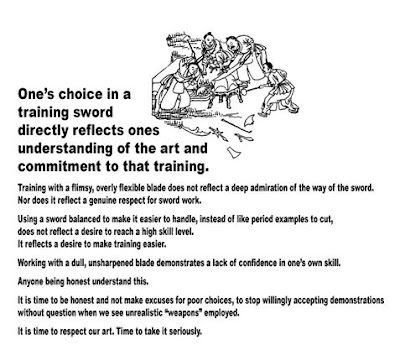 Chinese Jian - Straight Sword - Scott Rodell
Posted by Owen_Schilling at 5:04 AM No comments:

Gao Bagua Kicking line training from 2008
Posted by Owen_Schilling at 5:11 AM No comments:

To celebrate the Chinese New Year and Spring Festival, and to kick-off our Eastern Warriors: China theme for February half-term, the Ming sword has been chosen as February’s Object of the Month by Natasha Bennett, Acting Curator of Oriental Collections.

This sword is one of the greatest treasures in the Oriental Collection at the Royal Armouries. It is heralded as one of the most beautiful, detailed, and intricate examples of ornate metalwork still in existence from the early Ming period. It is particularly precious because armour and weapons from the time of the Ming dynasty (1368 to 1644) rarely survive. The name ‘Ming’ was adopted as a dynastic title because it means ‘bright’ or ‘shining’, and this stunning sword certainly lives up to that association. 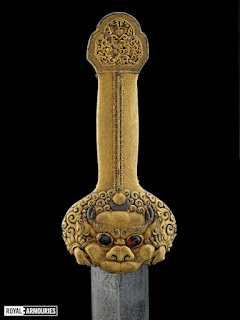 A Sword can mean many things…
Chinese swords tended to fall into two main types; the straight, double-edged jian, and the single-edged dao. By the time of the Ming era, the dao dominated as the practical choice for both military and civilian use, but the more archaic jian retained great significance as a symbolic object. It could be used to demonstrate social and professional rank, respect, power, wealth, favour, and artistic taste. Swords such as this played an important role in courtly culture and diplomacy, helping to forge and even sever links through the processes of gift-giving or intimidation.
This particular sword is clearly a high-status object. The hilt and scabbard are richly ornamented in gold, silver and semi-precious stones. The three-dimensional monster-mask forming the guard is exquisitely worked with its flaming, curling mane and jaws which seem to clamp around the top of the blade. Sinuous, beautifully detailed dragons furl within cartouches on the pommel and scabbard.
At either side of the pommel are the Eight Buddhist Emblems of Good Augury (‘ba jixiang’): the wheel of law, the standard, the treasure jar, the pair of fish, the endless knot, the lotus, the parasol, and the conch shell of victory. The Sanskrit inscription halfway down the scabbard has been translated by specialists in the past as ‘Honorific Sword’ or ‘Precious Sword’; this could be a reference to Buddhist symbolism and the jewels or emblems associated with monarchy.

Tibetan Buddhism had become established in China during the Mongol Yuan dynasty (1279–1367) and became further entrenched during the early Ming period.
Features of the decoration present on the hilt and scabbard are closely aligned with the ornamentation of other iron ritual objects which were commissioned by the early Ming emperors to send as gifts to one or other of the great Tibetan monasteries.
It is therefore highly likely that this sword was produced in the court workshops of the Yongle emperor (1403–24). Moreover, the sword suggests distinct Tibetan influence in its overall form, and the pattern-welded blade is probably a later replacement which seems to be of Tibetan manufacture. It may well have been bestowed on an allied Tibetan ruler to promote diplomatic relations, or presented to a powerful monastery to gain favour. Alternatively, it may have been made for the Yongle emperor himself.

Posted by Owen_Schilling at 3:24 AM No comments:

Damascus steel with lamelae of twists running obliquely toward the point on
either side of the median ridge.

There are many widely-held misconceptions about Chinese swords. I have
selected five of the most commonly repeated. I will attempt to dispel them.
Most of the stories have been passed down from generation-to-generation
by the Chinese themselves. These stories are based on “fairy-tales”.
Indeed, frequently these stories are repeated by people who have never handled
an antique sword and who know nothing about Chinese swords, or about metallurgy
or about the art of the swordsmith.

Misconception 1:
The Chinese carried “Belt Swords” which they wore around their waists

Tales of whip-like ‘belt’ swords are nonsense and show an ignorance of
metallurgy and battlefield combat. Whatever “belt swords” may have
existed (and the collecting and museum community have yet to see a single
authentic one) would have only been useful as an assassin’s weapon used to
slash an unsuspecting victim. There is no way to combine the three important
sword qualities in a flimsy, whip-like blade. An overly flexible sword would
lack the structural integrity to thrust or cut with accuracy and control or to
effectively deflect a blow from even a stick, never mind a larger weapon like
a spear, halberd, glaive, or fauchard. Only a fool of a swordsman would want
to meet an irate farmer swinging a chunk of 2X4 with a thin, flimsy jian.

Misconception 2:
There is a special taiji jian designed specifically for this art

Today jian are commonly referred to as “taiji swords”
in martial arts equipment catalogs and by the general public. This implies
there is a jian tailored especially for the art of taiji jian.
Aside from the fact that what makes a good sword tends to apply universally
to everyone, the principles discussed above allow for only slight variations
in possible serviceable variations.
Historically in China, there were just never enough taiji jian
practitioners to form a market to which sword smiths could cater.
Before Yang Luchan brought taijiquan to Guangping and then
Beijing in the mid-nineteenth century, it was limited to just one
small place, the Chen Family Village (Chenjiagou).
Taijiquan practitioners required swords with the same characteristics
as any other fencing system. They were (are) also constrained in the same
way any other martial art was, by the laws of metallurgy. Nineteenth century
taiji jian swordsmen adopted existing sword types, rather than
inventing new ones.

Chinese suishu peidao of
giangang with the vein distinguished
from the gu of the blade by way of a serrated
delineation.

READ THE REST - HERE
Posted by Owen_Schilling at 5:28 AM No comments: