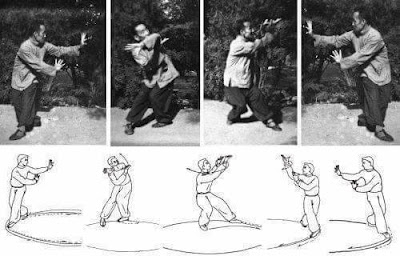 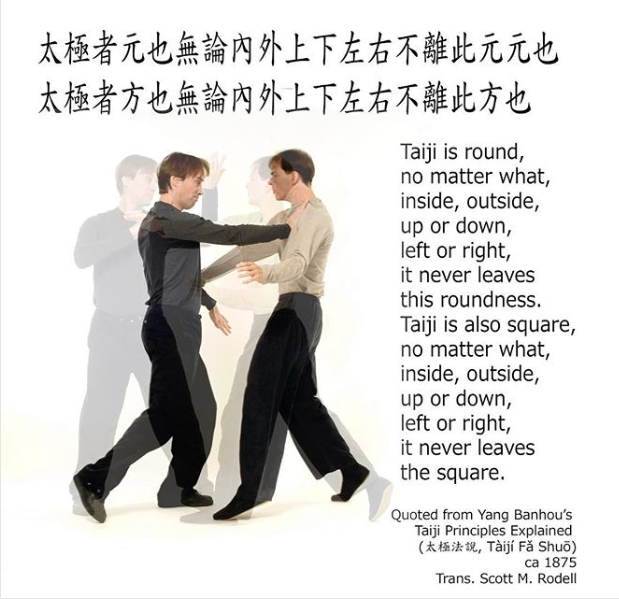 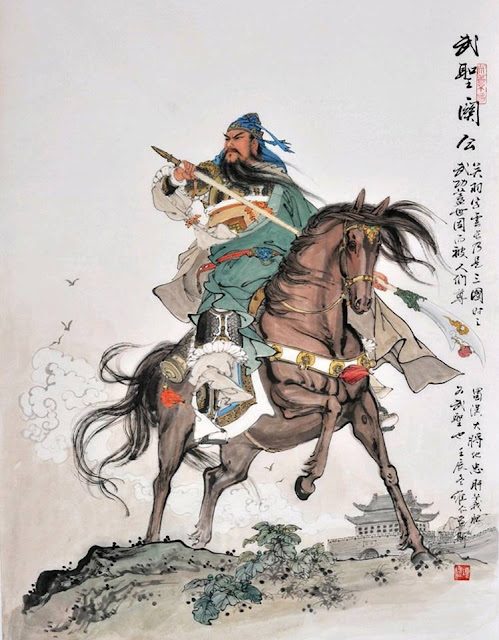 Chinese Warrior
Posted by Owen_Schilling at 5:26 AM No comments:

Best Judo Ground Fighting Highlights
Posted by Owen_Schilling at 6:31 AM No comments:

Posted by Owen_Schilling at 5:03 AM No comments: 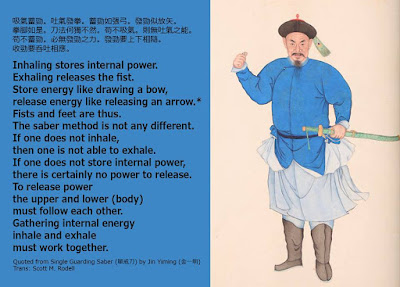 Inhaling stores internal power. Exhaling releases the fist. Store energy like drawing a bow, release energy like releasing an arrow.* Fists and feet are thus. The saber method is not any different. If one does not inhale, then one is not able to exhale. If one does not store internal power, there is certainly no power to release. To release power the upper and lower (body) must follow each other. Gathering internal energy inhale and exhale must work together.

*This line is a direct quote from the Taijiquan Classic the Insight into the Use of Thirteen Postures.

Ba Gua Zhang is recognized as one of the three orthodox "internal" styles of Chinese martial art (the other two being Xing Yi Quan and Tai Ji Quan). Ba Gua literally translates to Eight trigrams. These trigrams are symbols which are used to represent all natural phenomena as described in the ancient Chinese text of divination, the Book of Changes (Yi Jing). Zhang means palm and designates Ba Gua Zhang as a style of martial art, which emphasizes the use of the open hand in preference to the closed fist. Ba Gua Zhang, as a martial art, is based on the theory of continuously changing in response to the situation at hand in order to overcome an opponent with skill rather than brute force.
Although there are several theories as to the Origins of Ba Gua Zhang, recent and exhaustive research by martial scholars in Mainland China conclude without reasonable doubt that the Art is the creation of a single individual, Dong Hai Chuan. Dong was born in Wen An County, Hebei Province about 1813. Dong practiced local martial arts (which reportedly relied heavily upon the use of open hand palm techniques) from his youth and gained some notoriety as a skilled fighter. At about 40 years of age, Dong left home and traveled southward.

All styles are based upon a set of fundamental principles, and every movement, technique and strategy applied or created must be in alignment with the chosen principles of that particular style. These principles define and determine the nature of a style in two major areas, namely, body use (Ti) and application (Yung). The principles of a style will determine how things are to be done. For example, the principles of one style may dictate that the muscles must be tensed at impact when throwing a punch, while another style's principles demand total relaxation throughout the blow. Practitioners of both styles are punching, but there is a qualitative difference in body use (i.e. different styles of punching).
Just as the principles of body use determine the physicality of the practitioner and the specific methods of moving and generating power, the principles of application determine the technique base as well as the fighting strategies of a particular style. The evolution of martial arts: styles have always come about this way: A student of one or more styles of martial art comes upon a new principle or organizes a set of principles in a unique way, based upon his background, experience and personal bias. The result is a new style of martial art. It is new not because the founder added a few techniques to his existing style, but rather because he changed all that he had done before to align with his newly understood principles of body use and application.
The founder of Ba Gua Zhang, Dong Hai Quan, was an expert in a Northern Chinese style of martial art akin to Long Fist, which emphasized the use of the open hand. Subsequently, Dong spent a number of years living with a group of Daoists who practiced a method of walking in a circular pattern while chanting. The practice was used as a means of reaching enlightenment. Dong later combined the circular footwork and body method learned from the Daoists with the martial arts he studied in his youth to create a new martial art, later to become known as Ba Gua Zhang. Please note that the Daoists taught Dong absolutely nothing of a martial nature; what Dong acquired from the Daoists were the principles of circular footwork and a certain method of body use. Dong modified the movements and techniques of his original form of martial art around these principles, thereby creating a new style of martial art. It is very important to understand that Ba Gua Zhang as a style of martial art is not simply a collection of forms and techniques, but rather an art based on a set of unifying principles.
Dong Hai Quan only taught established masters of the martial arts; he accepted no beginners. The training was designed to allow his students (already masters of other martial arts in their own right) to modify their original arts in accordance with the principles of Ba Gua Zhang. Because of the diverse backgrounds of Dong's original students, their resultant styles of Ba Gua Zhang may differ greatly in terms of form and technique, but all are truly styles of Ba Gua Zhang as they adhere to the underlying principles of body use and application which define Ba Gua Zhang as a unique style. There will always be room for creativity within the Ba Gua Zhang arts. As long as a movement or technique adheres to the Fundamental principles of Ba Gua Zhang, it is Ba Gua Zhang.
What are the basic principles of Ba Gua Zhang? It is helpful to divide the analysis into two major categories: principles of body use (with the primary emphasis on the ability to generate power with the body as a coherent Unit) and principles of application
The basic solo training in Ba Gua Zhang is designed to teach the practitioner how to control his or her momentum and timing in order to generate power with the entire body mass as a coherent unit. In the Chinese martial arts, this type of power is referred to as whole body power (Zheng Ti Jing). Whole body power enables the practitioner to issue force from any part of the body with the support of all other parts. Each part of the body coordinates with every other, generating the maximum amount of power available relative to the individual's size and weight. Whole body power is applied in all categories of Ba Gua Zhang techniques, striking, kicking, grappling and throwing.

In order to create whole body power in the Ba Gua Zhang format, as well as to facilitate the agile and evasive footwork utilized in the Art, all styles of Ba Gua Zhang emphasize complete physical relaxation, correct skeletal alignment, natural movements which are in harmony with the body's inborn reflexes and inherent design and that all movements are directed by the intent.
It is the fighting strategy of Ba Gua Zhang which most sets it apart from all other styles of martial art. Dong Hai Quan's unique background and combat experience, combined with his talent, resulted in a strategy of personal combat that had remained undiscovered in the preceding millennia of martial development in China. Basically, Ba Gua Zhang fighting theory advocates the complete avoidance of opposing power with power and adopts a kind of guerilla warfare mentality. The Ba Gua Zhang fighter continuously seeks to avoid the apex of the opponent's force and attacks or counterattacks from the opponent's weak angles. By circling around and circumventing incoming force and resistance, the Ba Gua Zhang fighter applies his own whole body power from a position of superiority This strategy allows the smaller and weaker fighter to apply maximum force from an angle at which the larger and stronger opponent cannot resist, effectively making the weaker fighter more powerful at that moment (for example, I have 10 units of total strength and my opponent has 20. I attack with my full 10 units of strength at an angle at which my opponent is only able to use 5 units of his total strength. I am, at that moment, literally twice as strong as my opponent).
In order to obtain a superior position, the Ba Gua Zhang fighter applies the basic strategies trained in the solo forms' practice, that is, circling around the opponent or rotating the opponent around oneself. The result is the same in both cases. The Ba Gua Zhang fighter avoids a head to head confrontation with the opponent's power and obtains a superior position from which to attack. Along the way, the opponent often becomes entangled in the Ba Gua Zhang fighter's limbs and loses control of his center of balance (correctly applied momentum overcomes brute strength every time). This loss of balance causes a commensurate loss of power and further weakens the opponent, leaving him vulnerable to the Ba Gun Zhang fighter's attack. Finally, the relaxed physical and mental state of the Ba Gua Zhang fighter makes it possible for him to change and adapt as the situation demands. His movements are spontaneous and difficult to predict. Fighters of all disciplines agree that the unpredictable fighter is the hardest to beat (especially when he circles behind you!). FOUND HERE
Posted by Owen_Schilling at 5:45 AM No comments:

Posted by Owen_Schilling at 6:07 AM No comments:

Push Hands/ Tuishu by Master Su Dong Chen
Posted by Owen_Schilling at 4:30 AM No comments:

Bagua's carry and lead concept with three ranges of movement
My teacher Marcus Brinkman - Learn Internal Kung Fu at Boulder Internal Martial Arts
Posted by Owen_Schilling at 4:08 AM No comments:

Wudang Sword vs Kendo
Posted by Owen_Schilling at 5:03 AM No comments: