Kung Fu Motion Visualization from Tobias Gremmler on Vimeo.
Posted by Owen_Schilling at 6:09 AM No comments:

Posted by Owen_Schilling at 6:04 PM No comments:

Posted by Owen_Schilling at 6:06 AM No comments:

"This is a short clip of Luo Dexiu and a few of his students in Taipei that was part of a series of travel shows by Burt Wolf."
Posted by Owen_Schilling at 4:46 AM No comments:

Posted by Owen_Schilling at 1:19 AM No comments:

Xingyi - Tang Shou Tao Ba Bu Da Form - Mike Patterson
"This set is one of the "eight step sets" taught in the Tang Shou Tao curriculum in Taiwan through Xu Hongji. This is the way it was taught when I lived on the island and studied with him."
Posted by Owen_Schilling at 5:35 AM No comments:

Posted on May 28, 2009                (Found HERE)by yosaku
Che style xingyiquan, and professor Che Xiangqian, have been very ably introduced by Jarek Szymanski in his article here.
Below is a translation of an article written by Prof Che on a Chinese martial arts forum (www.wushu2008.cn) which puts forward some interesting viewpoints on some common xingyi issues.
“The 8 Prohibitions of Che style Xingyi by Prof Che Xiangqian
1. The restrictive ‘5 elements theory’ that each fist corresponds to an internal organ and a sense organ and that the 5 element fists mutually create and destroy each other seems to have become a ‘classic’ of xingyi. For example crushing fist is actually found in all other martial arts, where it is called a straight jab. It’s also the most common and practical move used when people fight. Guo Yunshen’s crushing fist shook the MA community, out of all the fists crushing is most worth researching. Whoever heard of another move that ‘beat allcomers and was without peer’ (da bian tian xia wu dui shou). The previous generations explained crushing’s characteristics as: fast, simple, and straightforward, but capable of change and chain-punching. However, some books introduce crushing like so: “Bengquan [crushing fist] is wood. Wood creates fire and destroys earth, Beng creates Pao and destroys Heng”;”Metal destroys wood, Pi destroys Beng”;”Internally, Beng is connected to the liver, and externally to the eyes”;”should be performed facing east”;”the corresponding trigram is ‘zhen’ [shaking]”;”this fist is specifically for training the liver”. The explanations of Drilling, Pounding, Splitting and Crossing are also explained in this fashion. In Che style, we don’t believe in these connections, because application has shown that these theories do not hold true in practice and that there is not necessarily any connection between Crushing fist and, say, the eyes. Such theories only serve to hold people back.
2. We don’t believe in applications of Daoist alchemy without first seeing hard proof. I started learning xingyi in 1950, but it was only in the 80s that I heard of another ‘classic’, talking of ‘3 ways of practicing’, ‘3 steps of gongfu’, ‘3 layers of meaning’ and the ‘3 levels of breathing’. Pronouncements such as “ming jin [obvious power] is in the hands, change in the bones, turning jing into qi, breathing through the nose and mouth”; “an jin [hidden power] is in the elbows, changing the sinews, turning qi into spirit, dantian breathing”; “hua jin [neutralising power] is in the body, changing the marrow, returning to the void, breathing through the skin”. In the 90s I heard of an even higher level, to become all-seeing, all-powerful and at one with the Tao, a level which had only been reached by one person in the entire history of Chinese martial arts. The previous generations of Che xingyi in Taigu did not talk about this, nor did Guo Yunshen’s inheritors in Shenzhou (in Hebei province), nor did the inheritors of Zhao Zhenyao (Geng Jishan’s disciple)’s xingyi such as Professor Yang Shaoyu in Beijing, or Zhang Hui’an-Yu Chonglin in Wuhan. These terms come from Daoist alchemy. Not a single living person has displayed any of these phenomena through practice of xingyi. This is because there are no real martial artists in whom obvious and neutralising powers, or hitting and neutralising powers are separated; because the internal and external changes together in people who pracice xingyi in a scientific manner; nor is there any way of proving that someone has ‘returned to the void’ or ‘become one with the Dao’; nor can any of these ‘Grandmasters’ stop up their mouth and nose and breathe through their skin or dantian. That’s why Che style teachers don’t talk about it, and students don’t believe in it.
3. We don’t practice neigong that ignores the external. There is a phrase popular in xingyi circles, saying that xingyi is ‘neigong boxing’ which mainly trains intention, spirit and qi . The ‘4 treatises on neigong’ (namely the Neigong, Nagua [Na Trigram?], Shenyun [divine movement], Dilong [ground dragon] classics) have also become ‘classics’. Che style xingyi does not talk about this. Our forebears were of the opinion that the internal and external should be trained together, at the same time. Training in a scientific manner measurably strengthens all the organs and systems of the body. If someone sweats, shakes and becomes breathless after ten minutes of sparring, that means there’s a problem with their organs and systems. This is something that both the practitioner and observers can see and is measurable with instruments. The internal of Che style xingyi is closely linked with the external, it’s specific. For so many years, we have heard a lot of talk of ‘stress the internal, dismiss the external’ and ‘abandon the form, stress intention’. The older generation of masters warned students that ignoring the external shape in favour of practicing neigong cannot produce a master, nor will it lead to health and longevity; instead, it can easily lead to monkhood. There is factual proof of this.
4.We don’t pursue ‘superpowers’. In martial arts tales and books, there are many training methods that can enable the practitioner to withstand sword cuts, lift great weights, vault over walls, even to move objects with the mind or eternal youth, etc..Our forebears were always dismissive of these kinds of claims. Historically, after Li Luoneng returned to Hebei province, Che Yonghong [Che Yizhai] was number 1 and Li Fuzhen number 2 in the xingyi community. 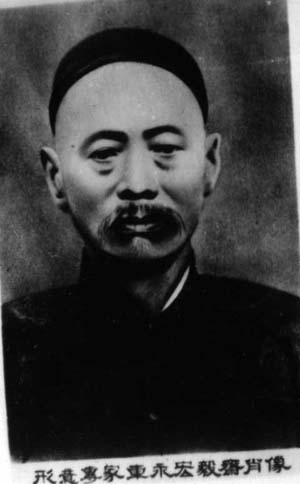 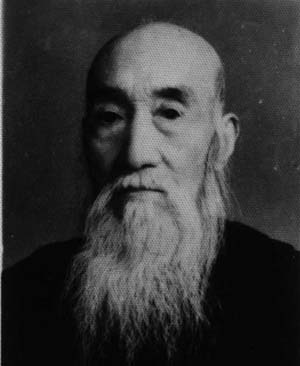 Bu Xuekuan, one Che Yizhai's most famous disciples
When Che Yonghong [aka Che Yizhai], Li Fuzhen and Bu Xuekuan were alive, these two tendencies had no place or market among Che stylists. Since 1980, these two trends have flooded the xingyi community. Regarding this phenomenon, the older generation of masters impressed upon us that we must preserve Che style’s simplicity, practicality and emphasis on skill. Keeping the exhortations of our forebears firmly in mind, in Che style both our newly-compiled and traditional routines can be performed by young and old alike, they have no difficult flashy moves. The principles of our art are testable and based on concrete examples; even illiterates can understand them. Our fighting techniques are practical and based on skill: a technique learnt in the morning can be used by the afternoon. The representatives of our style maintained their abilities into their old age, and could still win in sparring into their 70s and 80s.”
Posted by Owen_Schilling at 2:41 AM No comments:

Taiji Quan Documentary 1950's
Posted by Owen_Schilling at 6:18 AM No comments:

Gao Bagua Zhang
Posted by Owen_Schilling at 6:04 AM No comments:

Gao Bagua Seven Star Staff
The seven star staff is one of the famous weapons of Bagua and was known to have been practiced by Dong Hai-Chuan himself.

Posted by Owen_Schilling at 6:06 AM No comments:

Chen Taiji - Double Mace
Posted by Owen_Schilling at 5:07 AM No comments:

Xingyi & Bagua - Master Su Dong Chen
Posted by Owen_Schilling at 5:35 AM No comments: