Manchester Bagua - Yi Zong School - Sanda training - "this isn't exemplary of classical bagua usage - as stated it is sanda - these are beginner (6 month- 18 ,month students) - sparring under sanda rules with their bagua techniques - this is clearly explained above"

Teacher Hong Yi Xiang quote from the Bagua journal on sparring/ usage:
In order to learn how to respond spontaneously to an opponent’s movement the student needs to develop the ability to change and vary the set forms. Hong states that the student must have a flexible mind and think about possible variations when practicing. He says, “if you cannot figure out the variations, the forms are of limited use.” He continues by saying that the instructor cannot really teach the student how to change. The student has to use his mind in practice and figure it out for himself. He said he was not taught this ability by Zhang, he learned how to do it through experience in sparring and practicing two-man and three- man sets of the 64 linear bagua Zhang techniques. He learned by getting hit in sparring practice and then trying to figure out why he got hit. He said that in the past he would practice sparring so much that he would come home with bruises all over his face. “You cannot just talk about sparring, you have to practice it.”
Posted by Owen_Schilling at 6:36 AM 2 comments: 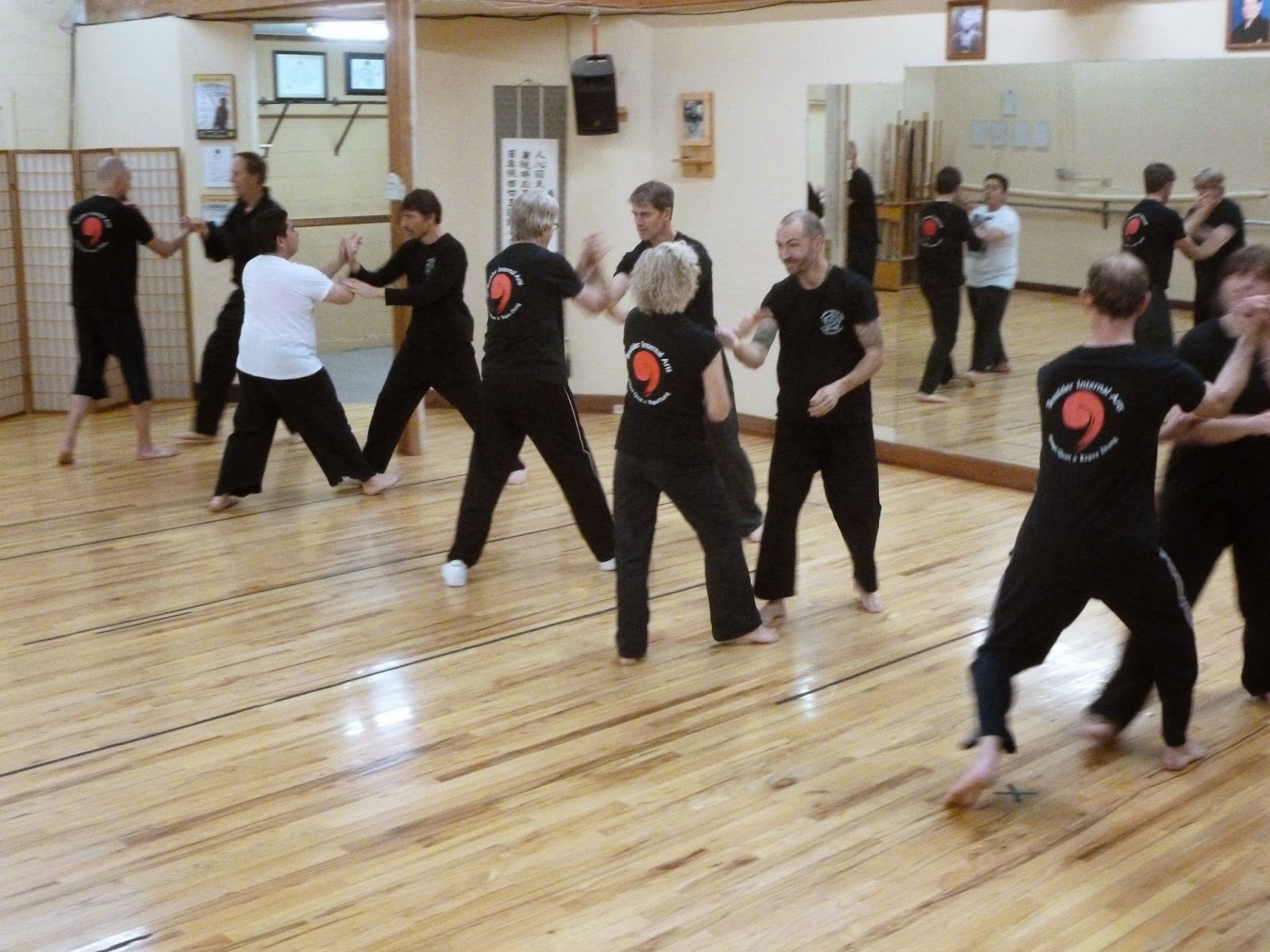 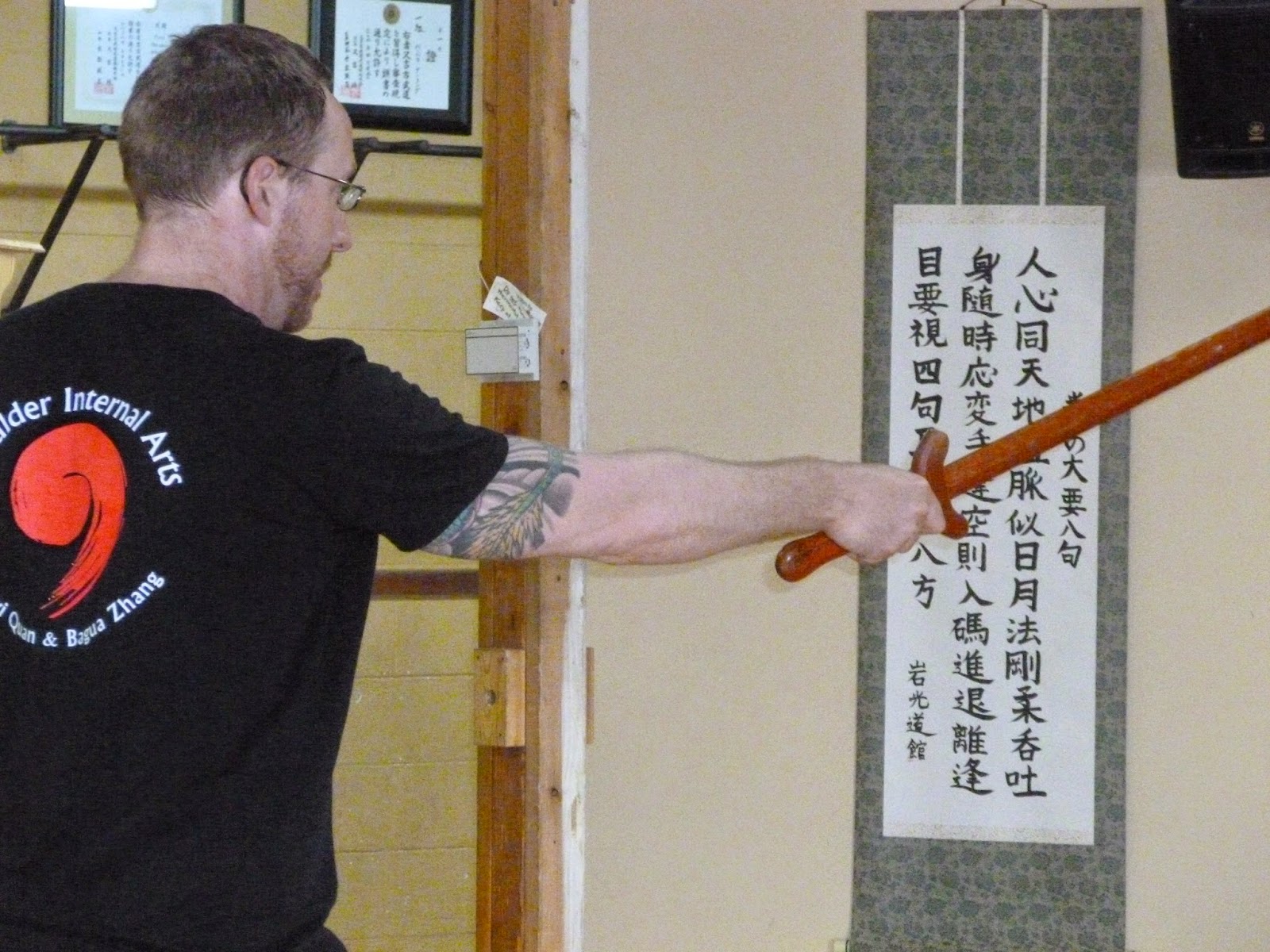 The good people who run Pre-Eminence Hall here in Boulder, CO have created featured post about Boulder Internal Arts. Check out HERE
Posted by Owen_Schilling at 6:31 AM No comments:

"Possibly the earliest Wu style Taijiquan video with Chu Minyi, disciple of Wu Jianquan, recorded in 1937 in Shanghai. The video shows the Wu style set, tuishou and even Chu's 'modern and scientific' approach including his 'stick' and 'ball' system. "
Posted by Owen_Schilling at 5:36 AM No comments:


The Goal of this Class is to create a Technical and Theoretical basis for understanding the Purpose, Usage and Practice of the Four Essential Actions of Taiji Quan – the Supreme Ultimate Fist. 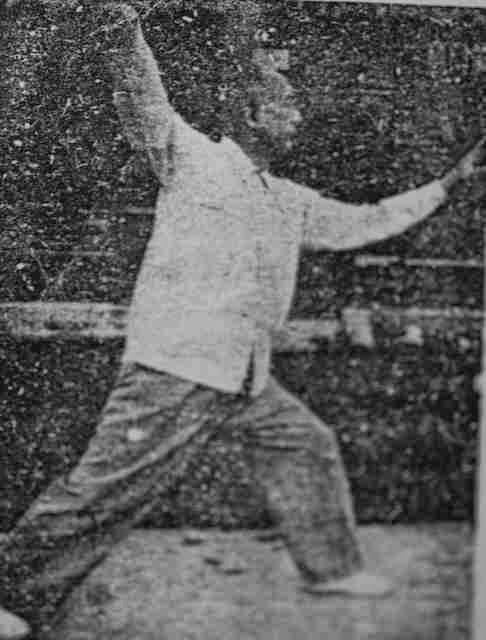 This Class will cover, in a Systematic and Step by Step Manner, the Solo form and Two Person Practices Associated with the training of the four essential actions. We will be training and moving a lot! Including:


·  How to train by yourself and with others.


·  Why train push hands? What are the results?


Note: All participants must sign up in advance
Posted by Owen_Schilling at 6:57 AM No comments: