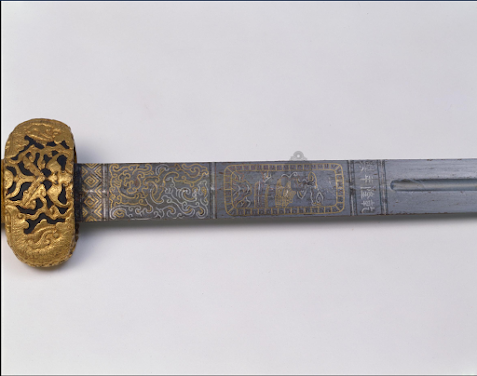 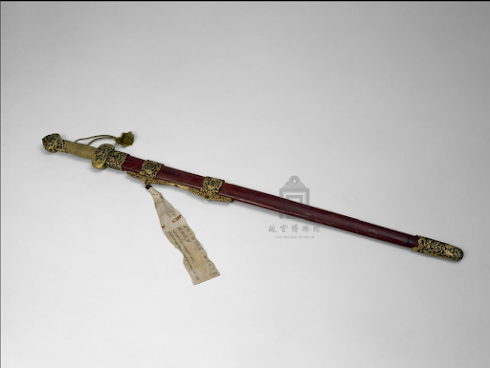 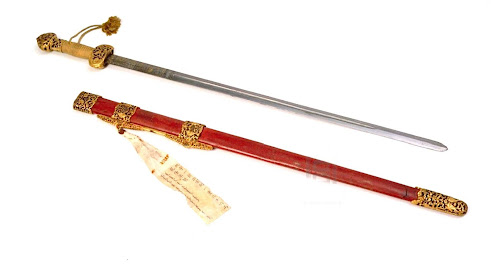 "Straight Sword with Marks "No. 1 of the Earth Category" and "Emerging from Clouds"

"The wooden sheath is covered with red-stained shark skin and decorated with auspicious emblems in openwork. On the face of the blade a four-character reign mark of the Qianlong Emperor (r. 1736-179) is inlaid in official script (lishu), and on the reverse is inlaid "No. 1 of the Earth Category" (Dizi yihao) and "Emerging from Clouds" (Chuyun). According to the Archive on Handicrafts at the Imperial Workshops (Zaobanchu huoji dang), thirty daggers and thirty swords for the emperor were produced from 1748 to 1757 in the Imperial Workshops (Zaoban chu). Dexterously forged, these weapons are for collection rather than for use. Swords made during the Qianlong reign were inventoried and stored in three categories: Heaven (tian), Earth (di) and Man (ren). As the label attached to the hilt states, this sword was the first in the "Earth" category."

Posted by Owen_Schilling at 6:05 AM