Ancient sword is pulled from sheath after 2,300 years 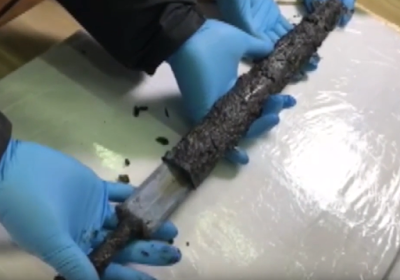 "Archaeologists have unearthed an ancient sword thought to date from 2,300 years ago – and it still looks glittering and lethal.
The sword was found in an ancient tomb in China – near the city of Xinxiang, Henan Province.
It’s thought to date from somewhere between 475BC and 221BC, during the Warring States period – a violent era before the first Chinese empire became unified."

Posted by Owen_Schilling at 6:23 AM

Email ThisBlogThis!Share to TwitterShare to FacebookShare to Pinterest
Labels: 300 years, Ancient sword, Ancient sword is pulled from sheath after 2