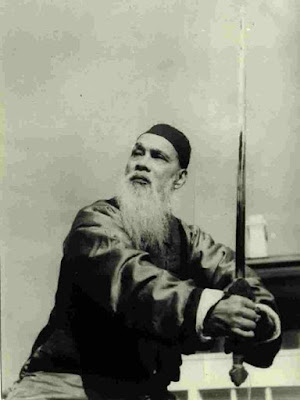 Early in his life, Wang was a member of an underground revolutionary group known as "The Righteous and Harmonious Fists" during the Boxer Rebellion. This was believed to be resulting from the fact that Ziping had lived most of his life under colonial rule from major European powers. He later resigned membership after the fall of the Qing government and became a student of Yang Hongxiu,[3] from which he learned the art of Cha Quan.

He developed an exercise regimen for long life. He published works on martial arts exercises.[4]

When Zhou Enlai visited Burma, Wang, then 80 years old, went with them performed martial arts during the visit. He died when he was 93 years old.[5]

Posted by Owen_Schilling at 8:53 AM