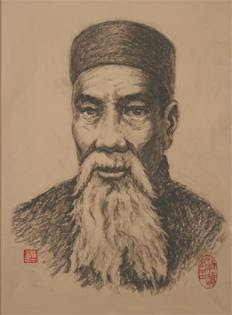 Read all of this article HERE

Although small and short in statue, Ma had a genuine love for fighting and practiced diligently.  Consequently, Yin often brought him to meet other masters to try out his fighting skills. For many years, Ma also followed Yin in working security for King Su (肃王). It is said that when he was first introduced to the other palace guards, everyone thought this small boy could not possibly be good enough to do the job, and that the only reason he was there was because of his relationship with Yin.  Very soon however, no one would belittle him anymore, as he beat many of them severely in challenges. Ma always practiced hard. While working for King Su, Ma was required to patrol the area around the palace at night under the high palace wall which had big stones around its base. It is said that on his patrol, he would kick the foundation stones of the wall with every step he took. After years of this practice it was found that the foundation stones were badly damaged.

Dong Haichuan (董海川), founder of Baguazhang, took a liking to this grand disciple.  It is said that for many years while working at King Su’s palace, Dong would supervise intensive daily training for Yin and Ma. Since Dong had no family, when he retired from service at the King Su’s palace, he initially lived at Ma Gui’s home for several years, before finally moving in with Shi Jidong (史继栋).  So even though Ma belonged to the third generation of Baguazhang family, most likely he received more direct training from Dong than most second generation masters. It is a common confusion that many people think Ma was in the second generation of Baguazhang family.


Read the rest HERE
Posted by Owen_Schilling at 4:11 AM