Information taken from an article in Wudang Magazine 2000.6 #118

By Xin Xilan and Gu Ziyuan 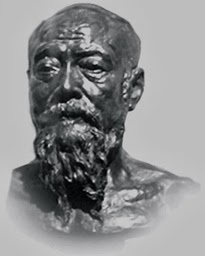 Wu Style Taijiquan founder, Quan You (1834-1902) was from an aristocratic Manchu family that was famous for its martial skills. Quan You Gong was a military officer in a banner camp in Beijing during the Qing Dynasty.  At that time, Yang Luchan Gong (1799-1872) was the martial arts instructor in the banner camp, teaching Taijiquan.  In the camp, there were many officers studying with Yang Luchan, but only three men, Wan Chun, Ling Shan and Quan You studied diligently and trained hard enough at Taijiquan and to deeply get what Yang Luchan had to teach.  They got his true transmission.  However, they declined to be listed as Mr. Yang Luchan’s students, and asked to be enrolled as students of his son Yang Banhou (1837-1892).  The original reason is given below:

Mr Yang Luchan, also known as Fukui, was from Yongnian Hebei.  He studied Taijiquan in Chenjiakou, Wen County, Henan from Chen Changxing (1771-1853).  He studied with Changxing for 20 years and received the true teachings.  When Yang returned home, he began to teach the local people there.  Then the founder of Wu Style Taijiquan, Wu Yuxiang (1812-1880), started studying with him. Mr Wu did not study with Yang for long and only knew the rough outline of Taiji.  Wu’s brother, Wu Chengqing, was the county administrator of Jiuyang County in Henan. He knew that there was a Taiji teacher in Zhaobao Village named Chen Qingping.  They had supressed a rebellion in the area together. Mr Chen was very grateful.  Therefore when Wu Yuxiang went to Zhaobao village to seek instruction. He received the true teaching and martial principles of Chen Qingping’s Taijiquan.  Later he became the founder of Wu Style Taijiquan, which he transmitted to Li Yiyu (1832-1890).  At the same time, Yang Luchan’s son, Yang Panhou also studied with Mr Wu.  Therefore Yang Banhou received the true teachings from both his father, Yang Luchan, and from Wu Yuxiang.

At that time, Wu Yuxiang’s brother, Wu Ruqing (Wu had two brothers, Wu Chengqing and Wu Ruqing) was a successful candidate for the highest imperial office. In the capitol, he served the Lang.  There were comparatively many princes and ministers coming and going.  He heard that they were looking for a martial arts teacher and invited Yang Luchan to come to the palace. There Yang taught Taijiquan to Shi Shaonan. He had another student, General Yue Guichen. He was a military man of good family and had heard of Yang.  When Yang arrived at the palace to teach Taijiquan, these two men officially asked Yang Luchan to teach them.  At this time, there were many princes who came to learn Taijiquan but most did not have perseverance and they did not officially ask to be students.  Also, Wang Lanting, a resident of the Lei Palace studied Taijiquan with Yang Gong. At that time Wan Chun, Ling Shan and Quan You were middle grade officers in the Banner camp. Because of  their rank, they could not be seen as fellow classmates with nobility.  On Yang Luchan’s orders, Quan You is listed as studying under Yang Banhou for three years.  Therefore these three men not only got Yang Luchan’s true teachings, but also got Yang Banhou’s true teachings. Thus they also got knowledge of the essence of Wu Style Taijiquan.

General Yue Guichen later died fighting in battle.  He never had any students.  Shi Shaonan’s achievements in Taijiquan were great and Yang Luchan loved him very much.  Unfortunately he developed smallpox at 41 years old and because of his old age returned to Yongnian to take care of his health. Mr. Luchan was broken hearted.

When Quan You retired from the military, he set up a school in Beijing. It had a good reputation. People called him Quan Sanye (3rd Uncle). Ling Shan wrote down a history.  And Wan Chun was never known to have had students.  The frame that Quan You was teaching at this time, is known as Wú Style Fast Frame.  When training, there is fast and there is slow. There is issuing energy.  There is jumping and leaping.  The so-called agility has 4 interdependencies:  The mutual interplay of hard and soft.  Pauses and transitions are mutually interspersed. Fast and slow are mutually together.  Front and back are mutually connected.  The whole frame is performed in 6 to 8 minutes.  Wú style Fast Frame is the frame that Yang Luchan taught. After Yang Luchan got Taijiquan from Chen Changxing, he designed the Taijiquan skill frame according to his own experience.  And at the same time Wu Yuxiang was getting Taijiquan from Chen Qingping of Zhaobao village and creating the Wu Style Taijiquan skill frame.  Yang Luchan taught his skill frame to his sons, Banhou and Jianhou (1839-1917), Shi Shaonan, Yue Guichen, Quan You, Wan Chun, Ling Shan, Wang Lanting etc.  Then Jianhou’s sons, Shaohou (1862 – 1930) and Chengfu (1883 – 1936) and Quan You’s son Jianquan. (1870 – 1942) each practiced this fist frame.

Mr. Yang Chengfu changed the Yang Style Taijiquan skill frame according to his own body type and nature. This was called the new frame or big frame and the original skill frame was called the old frame, small frame, or quick frame.  After Yang Chengfu created his own fist frame, he no longer practiced or taught the small frame. But his 21 year older brother Shaohou, only practiced small frame, or quick frame until the time he died. He never practiced Chengfu’s frame.  (Shaohou mainly studied with his uncle Banhou.  When Chengfu was born, his grandfather Luchan had already been dead 11 years.  When Banhou died Chengfu was 9 years old.  When he was 34, his father Jianhou died. Therefore Chengfu mainly studied with his father and his training was different than Shaohou’s.)

To whom did Quan Sanfu teach Taijiquan?  There were many who studied with him.  His disciples were: Guo Songting, Wang Maozhai, Xia Gongfu, Chang Yuanting, Xia Kuixun, Liu Caichen.  Mr. Quan You’s skills in Taijiquan were trained to a very high level.  Not long after he left the military, there was one time when Yang Luchan had  Quan You do push hands with Yang Banhou in order to see Quan You’s skill.  Quan You could not decline.  He could only follows orders.  Each of Banhou’s attacks were neutralized, but Quan You did not issue either.  For this reason, at the end  of the match, Yang Luchan thought a great deal about the older student’s  situation.

One day Mr. Quan You was walking down a road.  He suddenly saw about one to two hundred people chasing three men of the Hui nationality.  These three men were already wounded.  The three men became surrounded. They put their backs together to defend themselves against the mob. They were finding it difficult to save their lives.  Mr. Quan You was filled with righteous indignation.  He shouted, “You are taking advantage of your numbers.  This is grossly unfair!” Then he grabbed a pole and started striking into the crowd, left and right, front and back and dispersing them.  Now the leader of the mob at this time was under the direction of the Yin Court Eunuch.  This Eunuch found out that it was Quan You who was opposing him. Since Quan You loved pigeons, he was lured to go and admire some pigeons. As Quan You walked into the courtyard gate threshold, some men above the gate called out, “Quan You”.  Quan You raised his head and a barrel of lime powder fell on his head.  Quan You was blinded.  He used his hands to protect his head.  He used qi to move his body.  Ten men came out to ambush him and strike him with iron staves.  When he was rescued, and they removed the barrel from his head, there was not an unbroken bone in his body.  Mr. Bai Huzi commented on how Quan You was a man of iron. He never uttered a sound.  Thereupon he gave Quan You three pills and set his bones. Quan You also relied on his qigong.  He stayed bed-ridden for one month.  After that he walked over to the Yin Palace Gate.  When the Yin Court Eunuch got wind of this, he was very afraid.  He never expected Quan You to be able to walk again.  He also learned that Quan You was a teacher of  governor Hui Xinwu. Thereupon he set about making amends with Quan You..

Quan You had two daughters and one son. His son was originally named Ai

Translated by: Joseph Crandall (Found: HERE)
Posted by Owen_Schilling at 6:17 AM