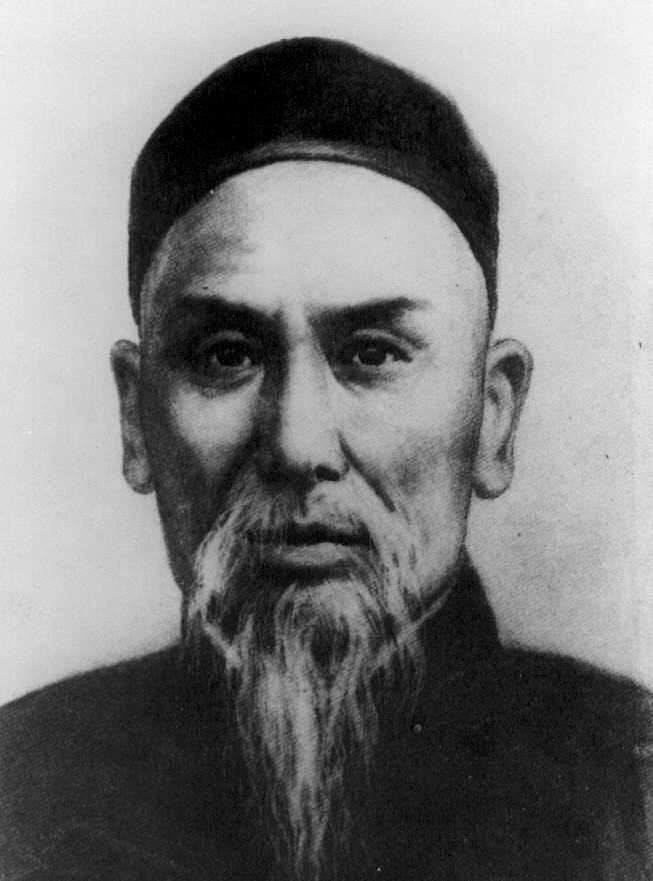 During the 1930’s and 1940’s, numerous booklets and short documentaries sponsored by boxing associations, primarily in Beijing, Nanjing and Shanghai, were privately published. In Beijing, Square Handkerchief Alley housed many eating stalls, printing press operations and boxing associations. One such booklet entitled, “The Long Lance Art of Yang Lu-chan” was authored by Wu Meng-xia. It is a story that was told to Wu about his grand teacher by a student of Yang Ban-hou. A copy of this booklet was held by Master Sha Guo-zhen, who read the story to his students. Sha had met Wu at national gatherings of Taiji and Bagua and regarded him as a person of rare knowledge, passed onto him by the Yang’s in Taiji and his Bagua by Han Mu-xia and Gao Yi-sheng, among others. Below is a translation of what Sha Guo-zhen’s had read to students in his classes in the 1980’s.

The first Yang family member to have learned the unique art of Taiji in the Chen village was Yang Lu-chan. When others spoke of him they commented that he was unwearying in practice, kind to all those who met him, and possessed a stout-heartedness in facing life and its challenges. For many years teacher Yang worked for the Chen family and studied their remarkable art and while living there, led a life of hardship and meagerness. He worked from before sunrise until the sun lowered. In summers his skin was dark from the toil of outside house repairs, farming duties and tending to general livestock.

Indoors he was also a servant who dealt with the cleaning of vegetables, cooking rice in large pots,serving food, and was given certain duties in the Chen clan businesses, in their village and nearby townships. As a servant Yang had a small room to sleep within. Inside he had a small bed, a little table for his rice bowl and drinking cup, and a dirt floor. It was a dirt floor that sunk deep into the earth, as it was worn away from him secretly practicing the Chen family boxing art every night. Though he partook of only servant food, he nevertheless maintained his physical stamina. In winters, teacher Yang had no hearth for fire. His warmth came from within. Though his life as a poor servant was difficult he never detoured from training. As the seasons changed so did his skill in Chen family boxing.

After many years, teacher Yang departed the Chen village to return home to impart his knowledge to others. His art was firstly known as Guangping Chuan because of its locale in Guangping. Though teacher Yang Lu-chan was often penniless, he would always find a way to give money to friends who desperately needed funds for family support. One day his friend asked to borrow one hundred dollars that would be returned to teacher Yang within one year. This was quite a large sum of money but teacher Yang had saved nearly this amount for an emergency. He told his friend that he would lend him the money only after he complete done minor feat. The feat was to hold a long pole with both hands, run and vault atop a nearby roof. Upon landing on the roof he must remain stable and upright. His friend reluctantly agreed. Teacher Yang’s friend ran after much hesitation, vaulted and plummeted onto the wooden planks of the roof. He instantly became pale and was so filled with fear that he became as stiff as a piece of wood, unable to move even slightly.The crowd that had gathered made this man even more nervous. It was at that point that teacher Yang took a long pole in both hands, equal to more than three times his own height, and placed the other end on his friend’s stomach. He then miraculously lifted him from the roof onto the ground. Teacher Yang’s effortlessness and stalwart skill of adhering and yielding astonished onlookers by this feat alone. This no doubt was verification that teacher Yang was adept in qing gong (the ability to make one’s self or another lighter in weight). After several minutes, the man was still partially in shock and teacher Yang could not help but to laugh. Yang explained that he was merely jesting with his friend and gladly gave him the one hundred dollars. His friend thereby came out of his shock and cheerfully accepted the money.

This story was told not to boast of teacher Yang’s skill in long lance (pole), but rather to comment upon his jovial character, which he nurtured and held fast to, even while poverty befell him. Though teacher Yang was a demanding teacher he was a true teacher of an authentic art. Kindness and cheerfulness must never be robbed from one’s breast. Teacher Yang’s example remains as an example for us to follow.
Posted by Owen_Schilling at 6:44 AM